As those of you lucky enough to attend the great OffensiveCon 2022 might be aware, we are developing a Fuzzing & Triage platform based off REVEN Enterprise Edition.

The platform aims at automating root cause analysis by deriving advanced information about crashes found by a fuzzer, such as the origin of the crash (which bytes from the input files are directly causing the crash), the underlying vulnerability (buffer overflow, use-after-free…) and the coverage information for the crash.

The platform comes with a visualizer to display a report for each crash, with the ability to open the corresponding scenario for analysis with Axion (REVEN’s GUI). 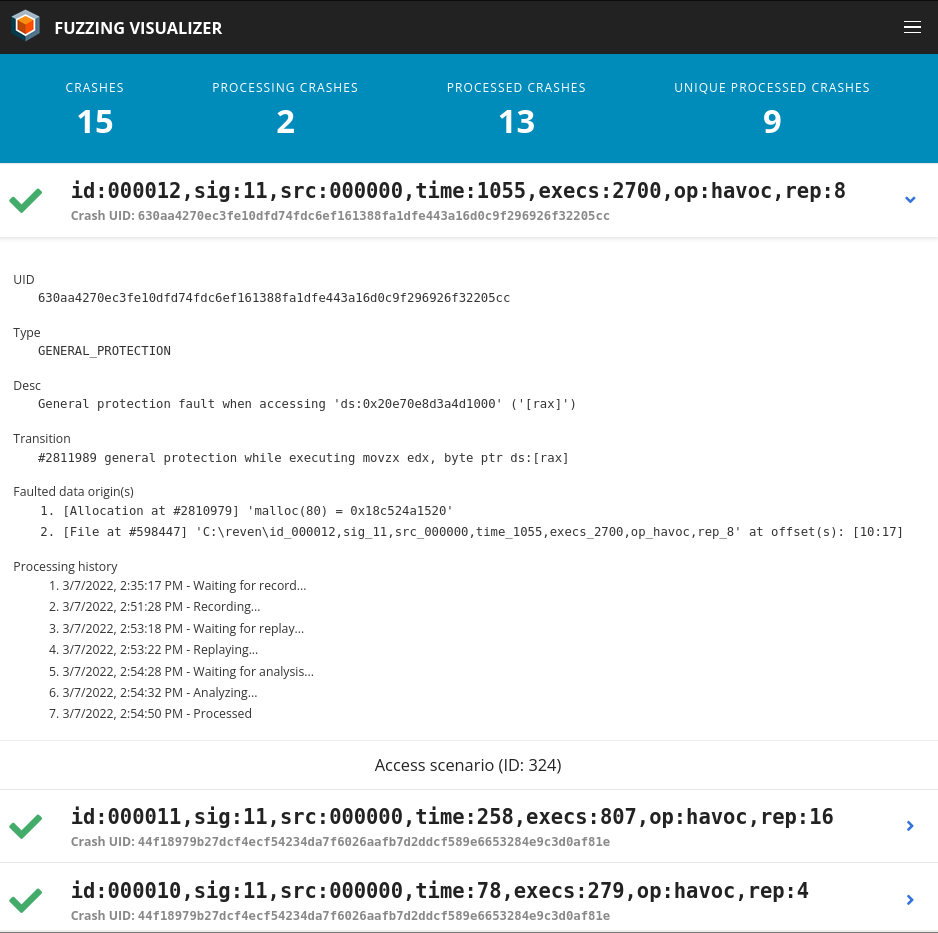 The way the platform works can be summarized with the following diagram: 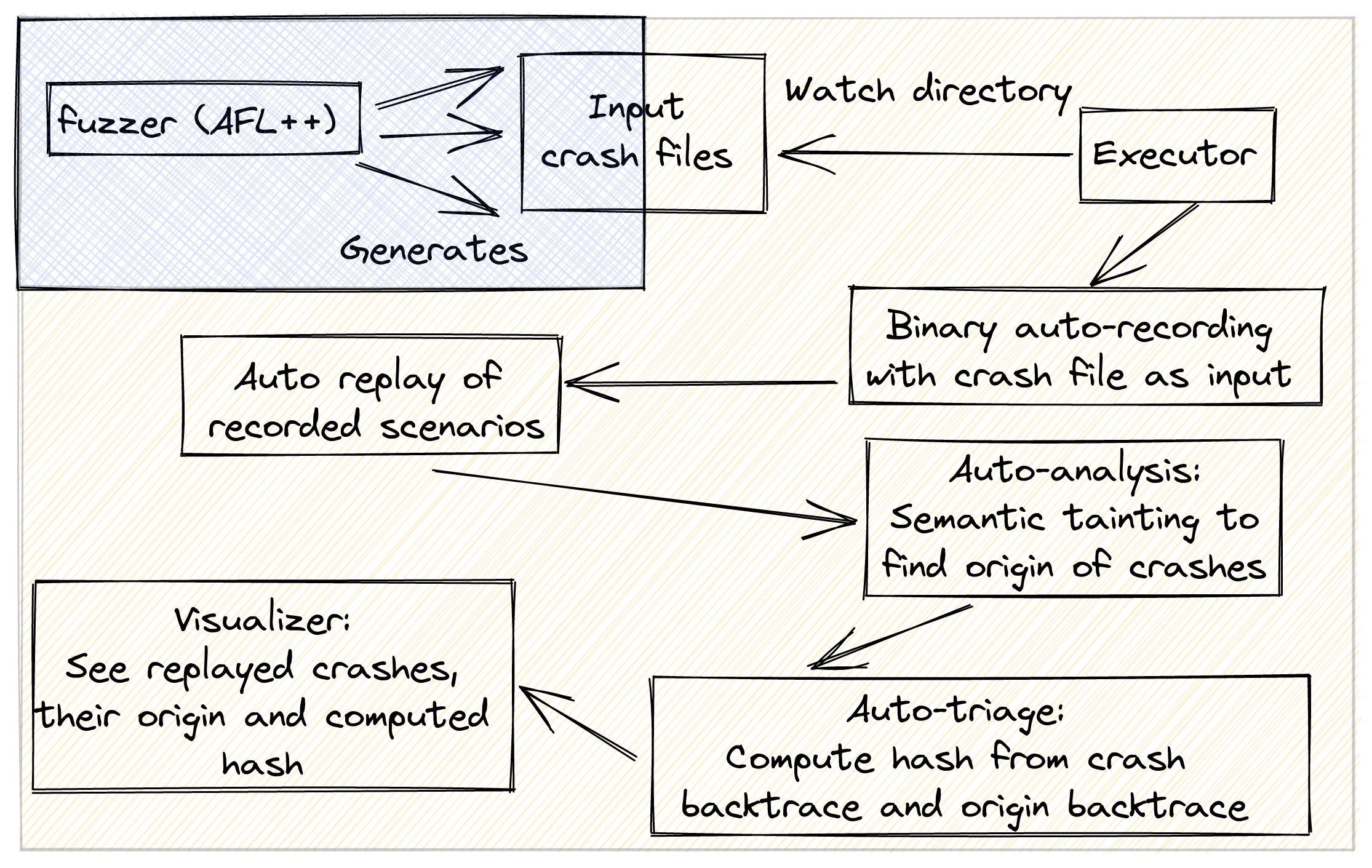 The platform can watch any directory for crash files. For each crash file appearing in the watched directory, the executor component of the platform will launch several steps:

The current status and the final report for each crash file can be monitored live in the visualizer view, a web page locally served by the platform.

The taint engine of REVEN is pretty unique in that it can follow the dataflow in the backward direction, essentially answering the question: “Where is this data coming from?”. A detailed introduction to REVEN’s taint can be found in this previous article.

However the core taint engine focusses on giving the low-level information of which registers/memory areas are tainted, and which instructions the dataflow goes through.

To provide a more meaningful origin for crashes, such as the bytes in the input file responsible for the crash, or the allocated buffer causing the crash, we need to augment this low-level information with semantic information.

To achieve this goal, we look for specific, known functions in the backtrace while iterating over the tainted instructions. When a known function is hit, we then look if its return value or arguments are currently tainted. If it is the case, we can ascribe a meaning to that event, depending on what is tainted and on the function.

Here are a few examples:

We applied semantic tainting to a toy library with known vulnerabilities that we used as a fuzzing target, as well as on several crash files for vulnerable versions of clang-format.

Experimenting with Semantic tainting on a toy library

Here are some results from these tests:

Applying Semantic tainting on clang-format crashes out of OSS-Fuzz

The Fuzzing & Triage platform currently in development at Tetrane brings both integration with fuzzing tool chains and advanced automated crash root cause analysis capabilities thanks to a semantic layer on top of REVEN’s taint engine. We have tested it both on a specifically crafted toy library and on recent actual crashes detected by OSS-Fuzz on clang-format.

The first results look promising and adding this semantic layer is an exciting development that we will carry on in the future!

Our current goal is to release a first iteration of REVEN’s Fuzzing & Triage platform in the next version of REVEN Enterprise Edition, hardening the platform by testing it on more targets, making it more flexible (such as allowing the user to plug their own analysis and generate customized reports), displaying more information… A beta program is open for current Enterprise customers. Get in touch for early access.

Inspired by what you saw? Feel free to ask any question or give feedback on our Community Github, our Discord channel or Twitter!

Next post: A tour of the Rust and C++ interoperability ecosystem
Previous post: Yes, race conditions can be detected with a single core Timeless Debugging and Analysis platform!