Today I will show you a feature that is pretty useful when analysing an application. We call it the “arguments decoder”, and it displays the content of a function’s arguments when its prototype is known. The latter’s definition can be either extracted from the msdn function and structures, or given by the user.

Here is an example: 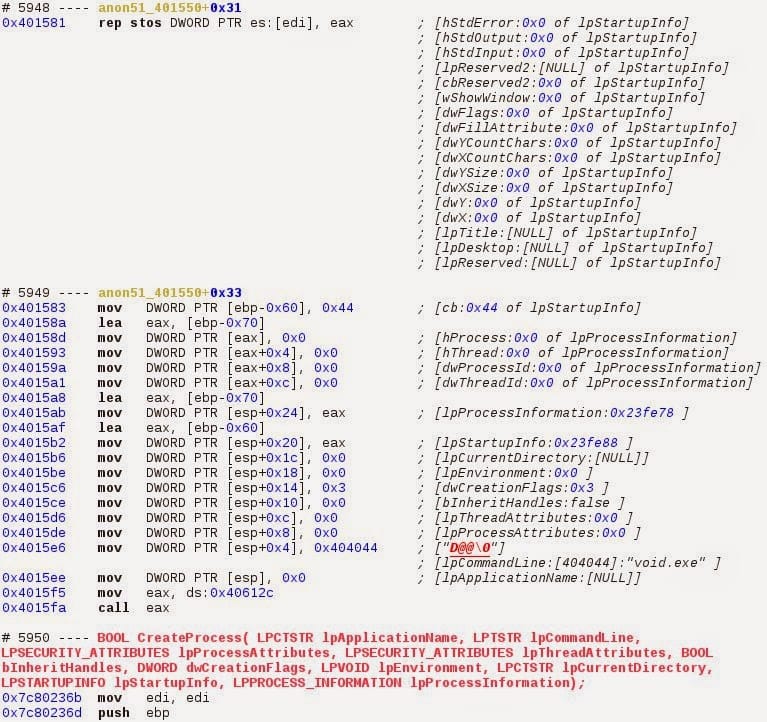 We see a call of the Windows CreateProcess() <http://msdn.microsoft.com/en-us/library/windows/desktop/ms682425%28v=vs.85%29.aspx>_ function. As you can see all the arguments are displayed along with their values as they are pushed onto the stack. If one argument is a structure, its fields will be shown as well. Here for instance the LPSTARTUPINFO structure: 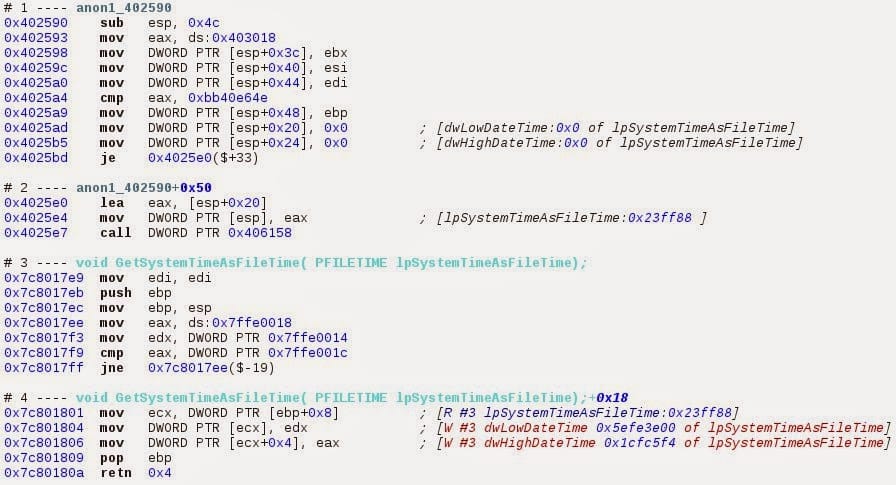 It is still a work in progress feature but the new 2015-v1 version already ships with a very useful implementation.