Tetrane is happy to announce the recent release of REVEN 2.3.

This article covers the most important changes introduced in the REVEN 2.3 release.

While REVEN, working at the CPU level, can display the execution trace of a software scenario independently from the OS under analysis, higher-level information such as the current process or executed symbol is specific to the OS of the scenario.

Such information is central to the reverse engineering process. In REVEN, we call it OSSI, for OS Specific Information. OSSI helps reverse engineers to find their marks easily in the execution trace and the associated states available in REVEN such as the Backtrace.

This is why we are pleased to report that, starting with REVEN 2.3, OSSI is fully supported for the analysis of scenarios with the following Windows configurations:

You can try REVEN on a 32-bit Windows scenario by testing online our demo of a formbook analysis, a well known stealer malware.

And the current process is…

Recently, we published a blog article about system calls, and finding out which process were responsible for making them. This tutorial resulted in a python script using our API to implement a heuristic way of recovering the process responsible for a system call using the backtrace. The core of that logic looked like the following:

REVEN 2.3 adds a new process() method to the OSSIContext object, allowing to retrieve the currently active process at any point of the trace. Let’s use it to get the process responsible for making our system call…

Much shorter, and also more correct, as it is no longer a heuristic method!

For completeness, we pushed a new version of the script on our github.

In this new version, astute readers may notice that we updated the way you can connect to a REVEN scenario: previously, it was necessary to specify the port to the REVEN server, that would change between each subsequent openings of the scenario. Now, you only need the address of the REVEN project manager (defaults to http://localhost:8880 and won’t change in a typical installation) and the scenario name.

This allows us to start the script with:

REVEN 2.3 brings several improvements to the GUI: the status bar provides vital information about the current position in the trace at any time, while the new menu makes it easier to access the various features of the GUI. Lastly, the guided tour attempts to smoothen the learning curve a bit for new users.

Browsing traces that are several billion instructions long can prove a significant challenge. The first step to ease navigation is to be aware of one’s current location. The new status bar we added at the bottom of the Trace view serves the purpose of the “you are here” sign you can find on maps. 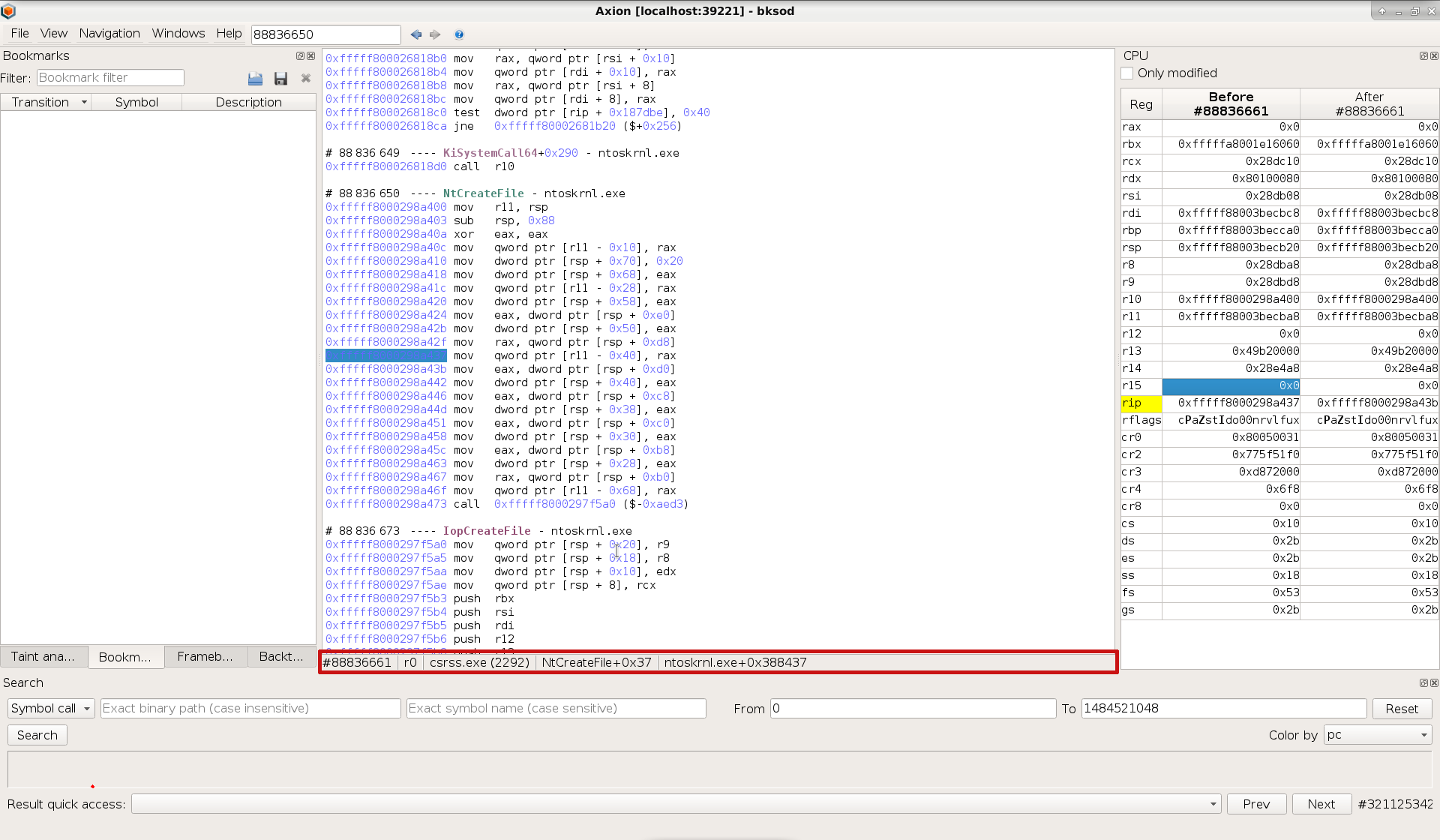 It provides information about the current transition, ring, process, symbol and binary. This information is updated each time you move in the trace. Moreover, you can right-click the bit of information to quickly copy it to clipboard. 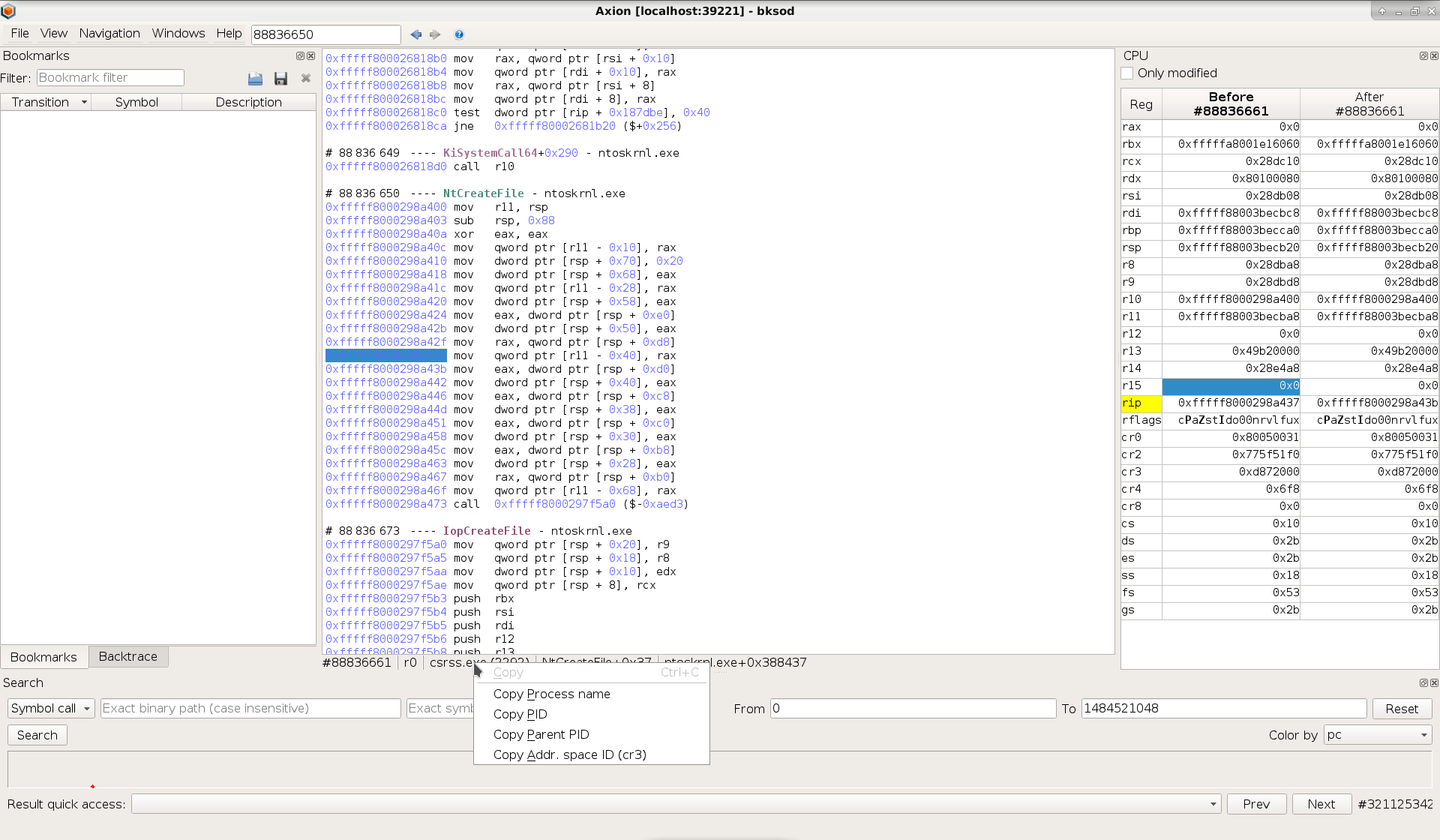 Here’s a picture of the GUI’s new menu:

The biggest change is on the “View” menu, that was reorganized so as to adopt a flat structure, making the various features more readily available.

The guided tour has been added for new users to get familiar with the GUI. It is a tutorial wizard that walks the user through each feature and widget of the GUI. 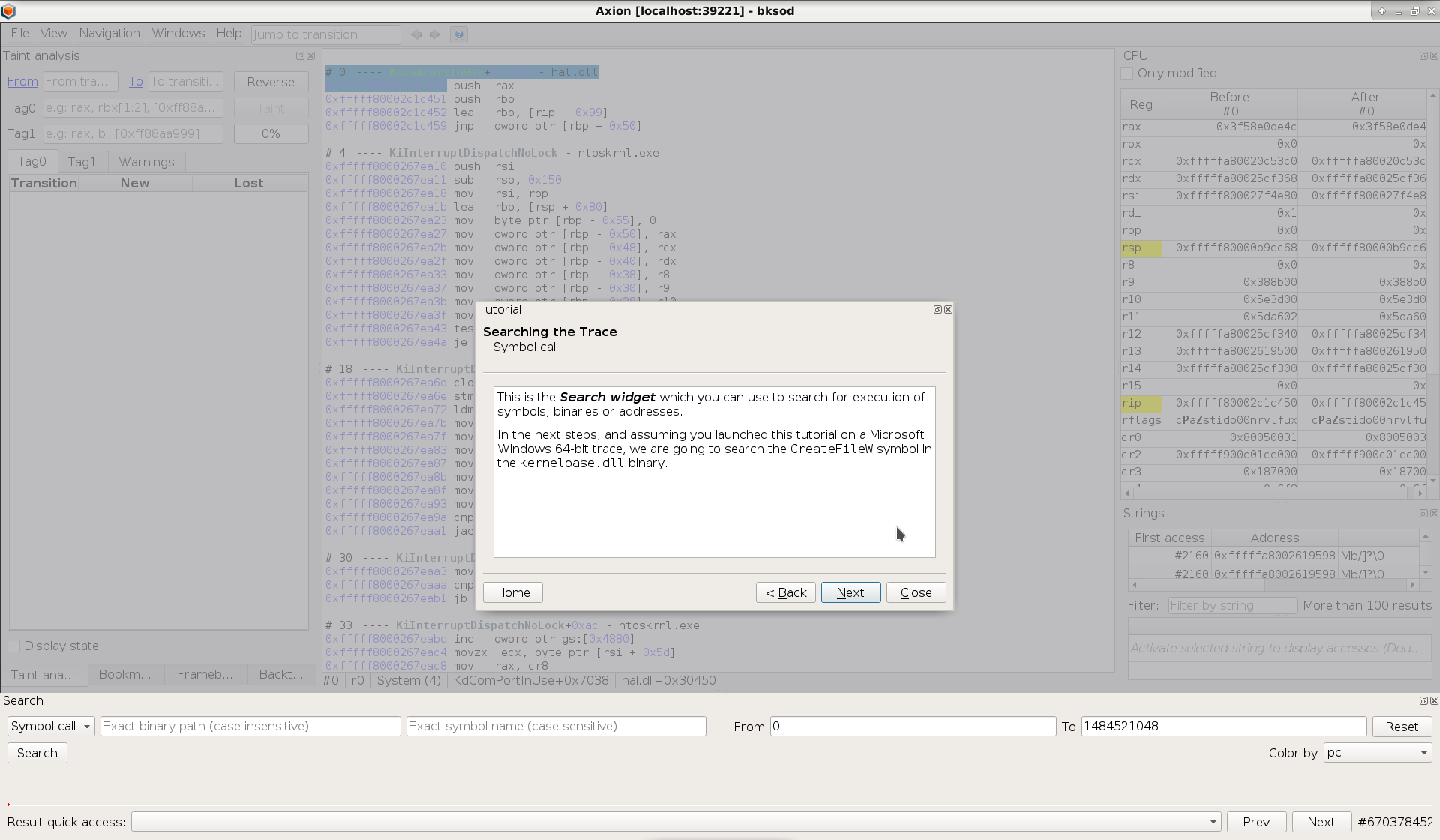 The guided tour is also available in REVEN’s demos, along with more specific tutorials for some of them, such as the VLC media player exploit demo.

The full list of improvements and fixes is available in the release notes included with all REVEN distributions.

Want to try REVEN 2.3? It is now live in our online demos, so just pick one from our demo catalog!

Want to know more: Schedule a Demo or Get in touch

Next post: Analyzing an Out-of-Bounds read in a TTF font file
Previous post: Who's calling? Finding out which process made a system call